My name is Ruben Fernandez, and this is my submission for Search For A Star animation entry.

I am a student at Glasgow Caledonian currently doing 3rd year of BSc/BSc (Hons) Computer Games (Art and Animation).

As soon as I heard about the search for a start challenge I have not any doubt in participate, as a student and wishing focus my career in the animation, I think this is a great opportunity to improve my skills and gain experience out of the UNI.

A creature and its army emerge from the deepest part of the earth, because on the surface a battle is raging between clans for the control of the territory.

They forgot over the time that its purpose was contain the dark forces to avoid that they emerge to the earth’s surface and take the control.

In this case the player will be on the side of the villain and will need to drive an army of creatures to conquer each region.

But remain vigilant, the enemy could be in your ranks.

For idle animation I would like to set a pose with an exaggerated curve of the spine, simulating a hump. For idle variation I would like to move the head from one side to another, with dislocated jaw and moving it quickly to the sides, looking to the front as a rabid dog.

For this state I would like to animate a war cry as a power up, opening the arms and the mouth wide. Also I would like that the character lean in his toes and rising his heels. Then finish it back to the previous position.

For the release I would like that the character jumps forward, raising the arms and getting ready the fists to finally hit the ground and triggering a small earthquake.

For the recovery animation I would like that the character is propelled with the fists quickly to recover the position and he will walk backward till reach his original position. 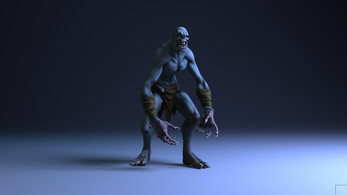 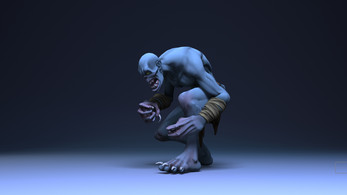 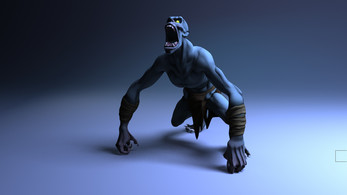 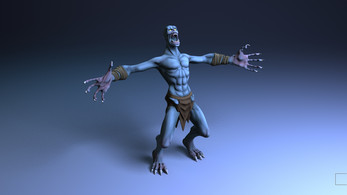